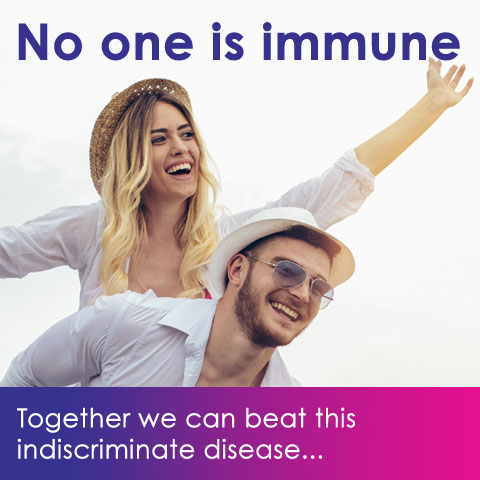 Aileen Murgatroyd
My daughter Kay was shockingly diagnosed in May 2016 aged 17. I have two children, Kay, who is now 21, and Ewan, 18. Since then I have fundraised for Teenage Cancer Trust, Weston Park, ALK positive uk, as well as ALK/Lungevity. I am passionate about research and am dedicated to raising as much money as possible to prolong the life of ALK positive sufferers. I am an Optometrist and practise with my husband Phil in our three practices in Doncaster and Chesterfield. I am currently a student again at Glasgow Caledonian University studying Independent Prescribing. I love U2 and socialising with a glass of wine with my friends and family.

Colin Blackaby
As Brother-in-law to Aileen & Phil and Uncle to Kay, Colin takes a keen interest in the development of treatments of the ALK+ cancer condition which affects Kay. Indeed, he has previously raised money for the US-based research charity (Lungevity). Colin is currently joint Director of a Domiciliary Homecare company based in Greater London and prior to this, he spent some 40 years working within Corporate Banking in the City of London. Colin lists his main interests as being Sport and Music but he freely admits that his personal achievements in both are modest to say the least! “As a Trustee for ‘Research ALK+’, I would like to help to raise UK-based funding for research into this terribly afflicting condition”.

Kelvin Fitton
Practicing Chartered Accountant and Registered Auditor. Board member of Doncaster Chamber, Vice Chair of Finance for Enterprise, Treasurer of Leger Legends Race Committee and has recently joined EDI Doncaster on the insistence of his 16 year old daughter. Kelvin climbed Kilimanjaro in 2019 for Sheffield Children’s hospital raising £11k. A life long friend of the Murgatroyd’s he is more than happy to support this new charity.

Phil Murgatroyd
My daughter Kay was diagnosed with NSCLC in May 2016 when aged just 17. Since then we have attended Weston Park Hospital on a monthly basis where we have received excellent care from all the team there. 'The Mrs', Aileen, has wanted to replicate a research project similar to the lungevity model in U.S.A for a while - she is well up to the task as she can talk for Scotland! I am also an Optometrist Director in our three practices of Murgatroyd Opticians and do most of the work while Aileen 'gases' all day!

Cameron Millar, Edinburgh based Alk Positive patient survivor
Cameron Millar was diagnosed with incurable stage 4 lung cancer in January 2020. The cancer was caused not from smoking but the gene mutation Alk Positive. Thanks to research there are targeted therapy drugs to temporarily control the cancer. Rehabilitation over the covid lock down was successful and Cameron is now back enjoying his pursuits of cycling, running, dog walking and hopefully skiing in the coming winter. Research is making great headway to turn this condition from terminal to chronic status whereby patients can live a normal extended life. However, we need a big push to achieve results and fund the science for patients to live a full life. 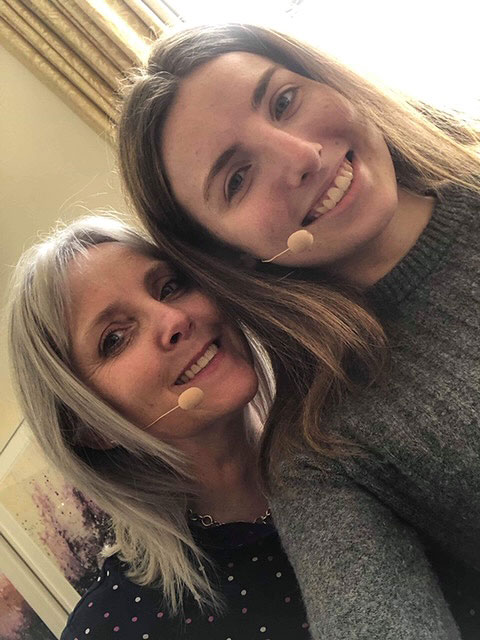 We have various contacts including Colin Barton, Chair and board member of the medical committee of ALK positive and Lorraine Dallas, director of Prevention, Information and Support at Roy Castle Lung Cancer Foundation, who have an established grants committee to deal with research projects and are happy to advise us as our funds grow.

Professor Mathew Hatton, Consultant and Honorary Professor in Oncology, current chair of the National Cancer Research Institute Lung Cancer Study group and serves on the International Association for the Study of Lung Cancer Education Board, will be advising and is keen for a UK driven research focus. Fabio Gomes, a research fellow at the Medical Oncology department of the Christie Hospital Manchester, is also happy to help in any way he can.

Lung cancer is shockingly under funded relative to most other cancers. There is a misconception that lung cancer is caused by smoking, so somehow sufferers deserve it, making it an unpopular cancer to donate to. Let us state right now that NO ONE DESERVES LUNG CANCER even if the wrong choices were made.

Because lung cancer research is so under funded, and ALK only affects 5% of lung cancer cases, research into ALK needs relies heavily on public fundraising if we are to achieve the same groundbreaking advances and success rates as other cancer treatments.

So, at Research ALK+ve our aim is a simple one - to raise much needed funds which will be used specifically for research into alk positive lung cancer. The distribution of the money raised will be carefully considered by our trustees to ensure that it is targetted at research that is more likely to succeed, or make a greater impact, within a reasonable time frame.

“Stage IV is the most advanced, meaning it has spread outside of the lungs and is very hard to cure, if not impossible, for ALK positive patients at this time.”